Today I’m sharing details of my pregnancy in my third trimester at 32 Weeks. I can’t believe I’m 8 months pregnant! Enjoy my 32 Week Bump Update for my third pregnancy.

How I’m feeling: Full of gratitude and in awe of my body as we are officially in month 8 of my pregnancy. It took me awhile to reach the point where I fully grasp the fact that there is a four pound girl growing inside of me – but I’ve been very emotional watching her move around. During most recent ultrasound I saw a graphic photo of her tiny face which I now picture whenever she kicks or flips. Aside from the aches and pains, I’ve enjoyed being pregnant the third time around and I’m already thinking of how sad I am this is the last time I’ll ever carry a tiny life. There hasn’t been one moment where I wish it was all over, even as we move closer to her due date.

Anxiety: My anxiety has been heightened lately, especially since my husband and daughters are away on a family vacation. My doctors say it’s unsafe for me to travel a far distance from home due to the unpredictability of my placenta’s performance. I’ve been feeling anxious about every little cramp and pinch, worrying it could quickly escalate to something worse.

One way to combat my pregnancy anxiety is a little re-grounding and self-care. I received a facial and prenatal massage at the Delamar West Hartford during a press trip for CHB this week. The services were not only incredible, but I also felt more clear headed afterwards than I have in months.

Braxton Hicks: Sometimes I have a hard time distinguishing between a Braxton Hicks contraction and a tight movement from Baby A. She seems squished at times and her slow sharp movements often cause my entire stomach to tighten.

Lactating: Did I mention I’ve had signs of lactation in my bra in the morning since I was around 22 weeks pregnant? The same thing happened with my last two pregnancies, but it’s still weird to see!

Night Sweats: I thought I escaped sweaty pregnancy sleep, but third trimester night sweats have arrived. It doesn’t matter if the air conditioning is blasting on my face, I’m still stripping out of damp pajamas in the middle of the night.

Heartburn: Thankfully vomiting-after-meals has subsided with the addition of a Protonix prescription. I still find myself unable to eat large quantities of anything without acid reflux though, especially spicy foods or things high in fat. Right now I’m eating whenever I’m hungry and whatever sounds appetizing – which hasn’t been a lot. I’ve had a cold and cough for the last week so my appetite is sparse.

Cool baby facts: Baby A is around 4lbs – which is as big as a Polly Pocket Adventure Playset (her big sisters have been waiting for this moment!). She gets the hiccups a few times a day and we can see it from the outside!

According to my app, her digestive system is all set and ready to go. Fat is accumulating under her skin, so she is looking more and more like a newborn.

At my last ultrasound Baby A was head down and curled up. She looks to be quite flexible – but aren’t all newborns?! I feel her moving rhythmically, with a regular sleep and wake cycle. Baby A gets up around the same time as me each morning – 5am – and after a quick workout from 8-9pm, she is settled for the night by 10pm. Is this a sign she will be a better sleeper than her sisters? We can only hope.

Baby Registry: My sisters and Mom are hosting a baby sprinkle for me in a few weeks, so I’ve been working on a Baby Registry. I was feeling lost while creating a list of what we need since a lot has changed in 5 years since I was last pregnant. Thankfully I received A LOT of amazing recommendations from so many of you on Instagram (I’ll be sharing your list of must-haves soon!). 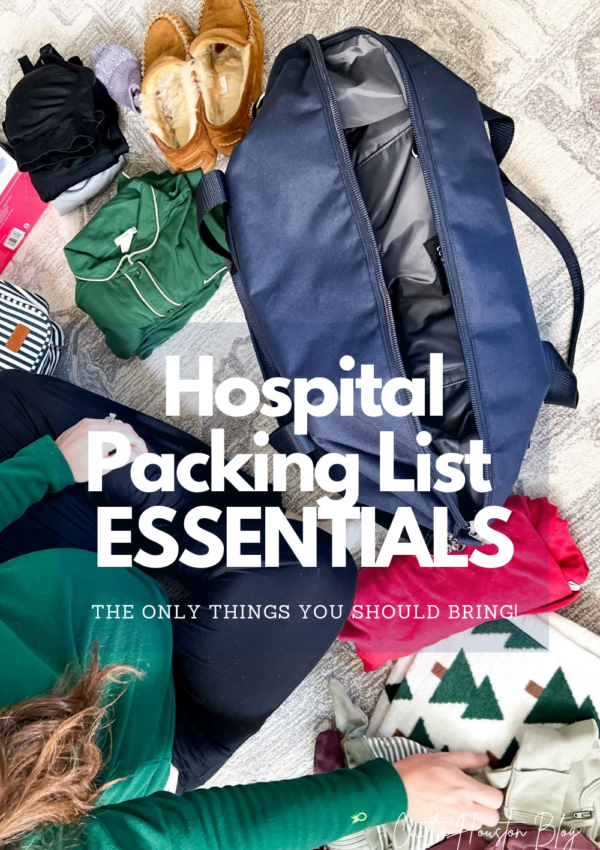