I have been eagerly waiting to be able to officially announce WE ARE HAVING A BABY!

We are thrilled to announce we are expecting baby #3 in December 2021.

I’m 13 weeks pregnant and can almost feel the second trimester energy boost. The first trimester was difficult for a number of reasons, one of the biggest being an overwhelming sense of exhaustion. My anxiety has been pretty awful too, mainly because I spent the last two months worrying the pregnancy wasn’t viable. I’ll be writing a full first trimester recap soon!

Since sharing the news on social media, I’ve had a lot of questions about everything from, “Was it planned?” to “How did you tell the kids?” I’m going to answer them all over the next few weeks, but here are a few questions about the pregnancy.

How did you find out you were pregnant?

I found out I was pregnant on March 23, just one day after I met with a Reproductive Endocrinologist at Yale Fertility Center. I had had my period for 7 days (or so I thought), but it was spotty and inconsistent. That Tuesday morning I felt hungover, but without having had a drink the night before. My doctor’s appointment was very emotional as we discussed genetic testing and scheduled some procedures to find out why I was not pregnant after trying to conceive for 7 months. I almost wrote off my exhaustion and body aches as side effects of all the crying I had done the day before, but then I decided to take a test. Just to see if the strange period, achy legs, and fatigue were more than what they seemed to be.

I tested three HCG pregnancy strips from my ovulation test kit at once. The lines were faint, but visible. I then went out and bought three more tests at CVS – one was electronic and said, “Not Pregnant” instantly. But the other two showed very faint lines. I was absolutely shocked, but did not want to get excited. So I didn’t.

Brandon was in Arizona when I face-timed him with the positive tests. He was in disbelief, knowing I had had my period and met with the fertility doctors the day before. When he arrived home that night we both made a deal to wait and see what happened before thinking anything else.

What happened in the weeks following was extremely stressful as I underwent a lot of bloodwork and monitored my HCG levels. I’ll discuss all of that in my first trimester recap though!

Why did you decide to have a third?

If you’ve been following me for awhile, you may be thinking, “I thought they were done having kids!” To be honest, we thought for a long time our family of four was the perfect size. But life happens, a few specific things to be exact (like this one), and Brandon and I changed our minds. We are in a completely different place, emotionally, mentally, and financially, then we were back in 2019. Our daughters are older and more self sufficient too. I’ll be sharing a lot more detail about our decision to have a third child in a separate post.

How old will your daughters be when the baby is born?

Annabelle will turn 8 on December 13 and Ailey will be 5. I have heard great things about an 8 and 5 year age difference – I already know they’re going to be great helpers. My brother is 12 years older than me and took care of my sister and me a lot growing up. We are very close now!

Are your daughters excited?

BEYOND EXCITED! They have been asking for a sibling for a very long time. When we decided to start trying back in September they already had begun a petition for a baby. Ailey prayed to God almost every night to become a big sister and Annabelle bribed us in various ways. When we told them the news they were in shock at first. Then as reality set in they couldn’t stop asking questions and jumping around with joy.

Will you be moving or adding another room to the house?

When we moved into our home in 2018 we combined two bedrooms to create a master bedroom. Annabelle and Ailey have always had their own bedrooms, but have shared a bed since the beginning of 2020. I met with a fantastic friend who is helping me transform Annabelle’s room into a shared sister space – before we knew we were actually having another child. Right now they share a queen size bed (and love it), but we are considering bunk beds.

Having a newborn is exciting, but also difficult. What are you dreading about life with a baby?

We have thought A LOT about how much our lives are going to change once the baby is born. Currently, things are pretty awesome on the parenting level. Our daughters do quite a bit on their own and can be easily entertained by one another. A newborn is going to require much more of our attention, but we are ready for it! As far as sleep goes – neither one of our babies were good sleepers so I’m not expecting any miracles. One thing I’m dreading doesn’t really have to do with the baby itself, but more so with all the stuff we are going to need for him/her!

Are you finding out the sex?

Yes! And we will share the news with the world 🙂 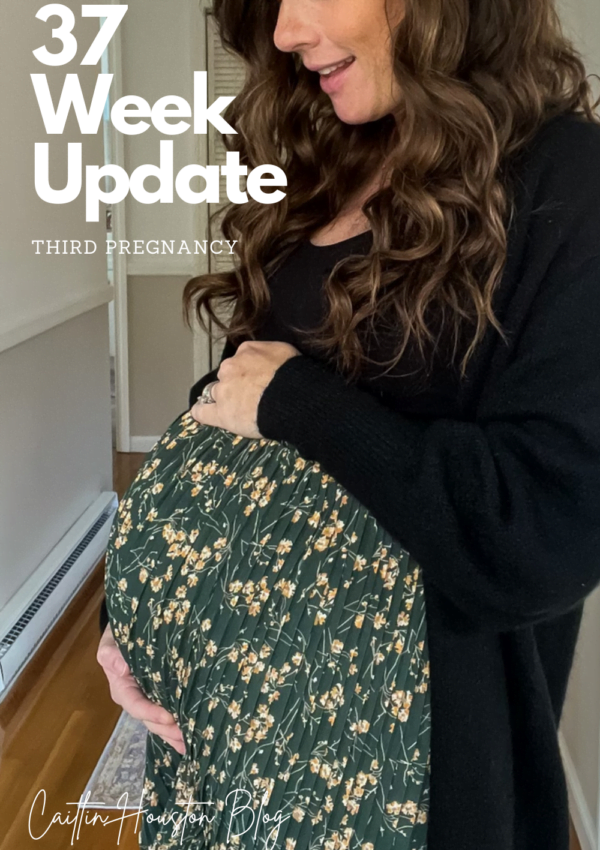 Easy Tips for Getting the Yard Ready for Memorial Day