My high school bullying story comes in the form of body shaming, name calling, and the destruction of my personal property. I don’t want to be defined for my bullying experience in high school, but it has shaped the woman I am today and deserves to be told.

I never thought I had a high school bullying story until I found myself lost in an episode of Thirteen Reasons Why on Netflix. Feeling more similar to a fictional character than I ever have in my life, I cried uncontrollably while an uncomfortable beast woke up inside of me.

This is My High School Bullying Story

In this decade, we are asked to use the term “bullying” lightly as it often comes with heavy consequences, especially in the school setting. I don’t remember hearing the word much as a teen though, despite the fact bullying happened every single day in the school halls.

My personal bullying experience is unique, as a lot of my actions were a result of my friends’ influence. One could argue I had a mind and opinion of my own, but from a young age I felt out of place. It was easier to fit in when I let my friends make decisions for me. From the first time I drank alcohol, to trying drugs, to being forced to hang out with a boy I didn’t like while hiding feelings for the boy I did like.

When I make my own decisions there were consequences. My mailbox was smashed countless times as retaliation for breaking up with a boy I didn’t like and wanting to date his friend. The group of guys that both boys hung out with tormented me constantly. They made me feel insecure, ugly and worthless.

One of my nicknames was “Wideload” because I had womanly hips before the rest of my friends. Who would have thought that a girl would be mocked for looking like a woman? It happened though. The worst part is while the boys laughed, I giggled too, because I wanted them to think I was cool enough to handle their teasing.

I vividly remember when I started obsessing over my body once these so-called ‘boy friends’ pointed out my hips. I hated my hips being the center of negative attention. I began to really examine my girlfriends, the ones who were called “pretty” and had boyfriends. Their straight hips, thigh gap, and curl-free hair were all I wanted in life. Then one day, one of my so-called friends pointed out cellulite dimples on my thighs while my legs were crossed. I hated my body even more.

Since High School, I’ve continued to struggle with a false perception of the image I see in the mirror.

From my curly hair to the size of my butt to my flat chest, I’ve never been completely comfortable with how God made me. Was it not for my friends in high school conditioning the way that I think and paving the way for what a pretty girl looks like, maybe I would’ve been more confident in myself. What is considered as bullying in high school varies, but to me, anything that makes someone feel less than is bullying. 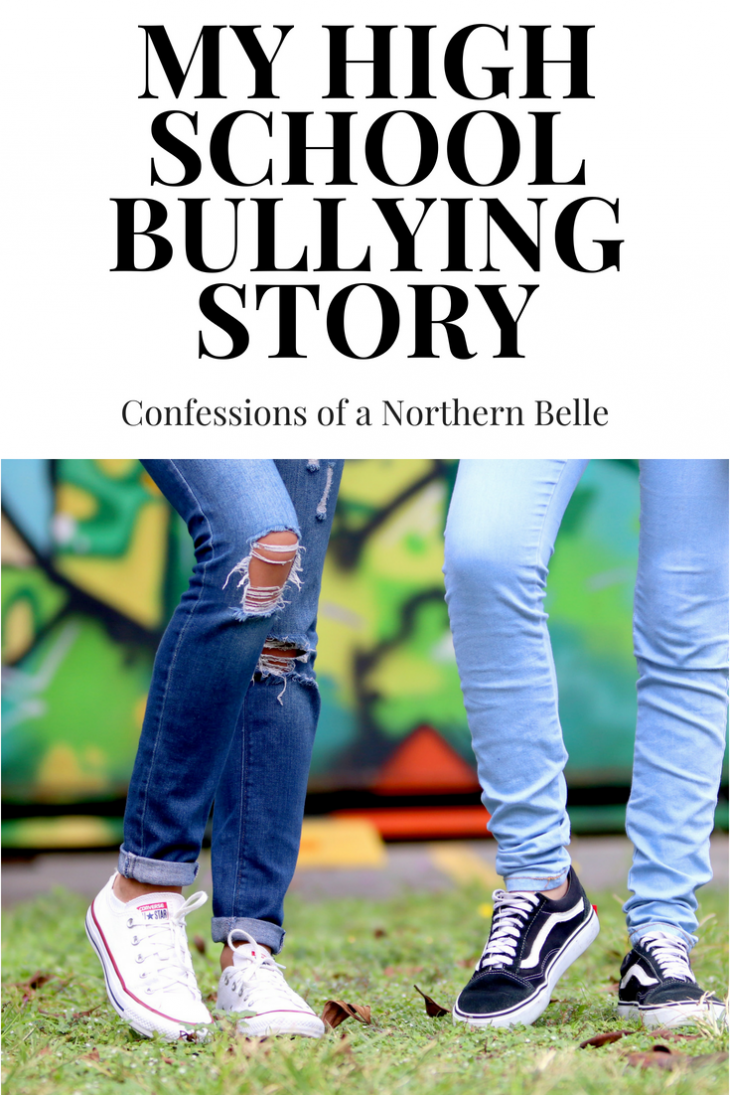 The intimidating stares, under-the-breath comments, rude remarks… Kids both older and younger than me had more to say about how I looked and what I wore than they should.

The truth is, I didn’t even have it that bad. My bullying experience doesn’t compare to what others experienced in my high school. Eventually, the name calling ended when the boys graduated, so most of the rumors and teasing went with them. That’s not to say that I never experienced feelings of inadequacy again. College was a whole other story.

I Only Took Photos of My Friends

I look back on photos of myself and see an awkward girl insecure with her body and looks. My high school albums are mostly filled with my friends because I thought they were beautiful and perfect and hated how I looked. I cringe at the thought that I couldn’t see how incredibly amazing I truly was and I blame high school bullying for blinding me.

Outsiders may say I looked like the perfect girl – I was pretty, popular, and graduated at the top of my class. Things always look different to an outsider though… and you can never see how someone is feeling on the inside (which is where it counts).

As a Mother of two girls, I constantly fear they will feel like I did as a teenager someday. Some boy in high school is going to try to shatter their self image. I know I’m going to want to call his Mom and tell her how he’s ruined my daughter.

In the big picture, I know know I can’t protect them from the cruel people in this world. What I can do is prepare my children for dealing with bullies and teach them how to be a good friend.