Changes in life happen quickly and often unexpectedly. This post is for my Grandpa, a most incredible man.

On June 1 Annabelle and I flew to Connecticut to visit my family for a week. We were SO excited to see everyone, spend a day at the beach, and eat all our favorite New England foods. Sadly, my heart was heavy.

I flew home fully aware of the fact that my Grandpa was very very sick.

He had been struggling with a leaky heart valve and edema for quite some time. There was also a mysterious tummy issue and difficulty swallowing. We went to visit him in a recovery center in April and he looked like a different man. He was frail, skinny, and could barely speak, but I didn’t think twice that he wouldn’t get better.

The week before we left for our trip, my family told me that he was never going to be healthy again. One of his lungs collapsed and he went into a deep sleep he didn’t want to come out of. His health rapidly declined and the day before we were to fly home, my Mom said he would not make it through the week. In my heart, I believed they were wrong. But the day I arrived home, my Mom said they were going to take him off of life support. He would never wake up and the machines just keeping him alive.

I cannot explain what it’s like to sit at home and wait for a phone call that your Grampy has passed away. My Mom, Dad, brother, and Grandpa’s wife sat by his side when they pulled the plug. He breathed on his own for a few hours, so my Dad and brother came home. The doctor made it seem like he could make it through the night, but he passed away peacefully at 8:30 pm with my Mom and his wife by his side.

I am still having a hard time accepting that he is gone. My Grandpa has always “just been there” in our lives.

We didn’t see him every weekend, but when we did, his presence was prominent and outstanding. My earliest memories of Grampy are spending Christmas Eve. He ALWAYS had the best Christmas decorations in his yard that could impress the meanest of Scrooges. He also went all out for Halloween and people from all over town came to trick-or-treat in his neighborhood. I’ll never forget his smell, or the way he said “Sheesh” or breathed out in a whistle when you told him something impressive.

My Grampy was a lover of Ireland, Popeye, Disney, and his crazy Yorkies. He gave me my first Kladdagh ring, my first diamond, and my first pieces of gold jewelry. He loved having summer barbecues at his house and watching the kids go down the slide into his pool. My Grandpa had the most incredible backyard, complete with three Koi ponds, lots of frogs, and beautiful flowers.

When I transferred to Tennessee, he gave me and Brandon the hardest time, since the Lady Vols were (never) competition for the Women’s Huskies. A true LOVER of the Uconn Women’s basketball team. My Grampy gave great hugs and made me feel intelligent, beautiful, and special.

My brother’s Eulogy was magnificent. If he would let me, I’d post it right here on the blog. My hometown’s newspaper published an article about my Grampy – since he was once their Deputy Chief of Police – that appeared on the front page of the paper Monday morning.

I am having trouble writing the rest of the post… I wanted to tell you about the police officers who came to honor him at the funeral home, who stood outside of the hearse, who saluted him as a bagpiper played Irish music out of the church.

I want to tell you about the beautiful floral shamrock my parents purchased for him or the woman who sang “Danny Boy” at the funeral.

We honored my Grampy in the best way we thought possible, but I think I can speak for many of my family members by saying that we weren’t able to really say goodbye. Instead, we say, “See you again soon” and hope that every time we hear an Irish song on the radio, or see a Popeye figurine, we know that’s Grampy’s way of saying he’s still here with us.

Consider this, you touched me, you moved me, you helped me go beyond. 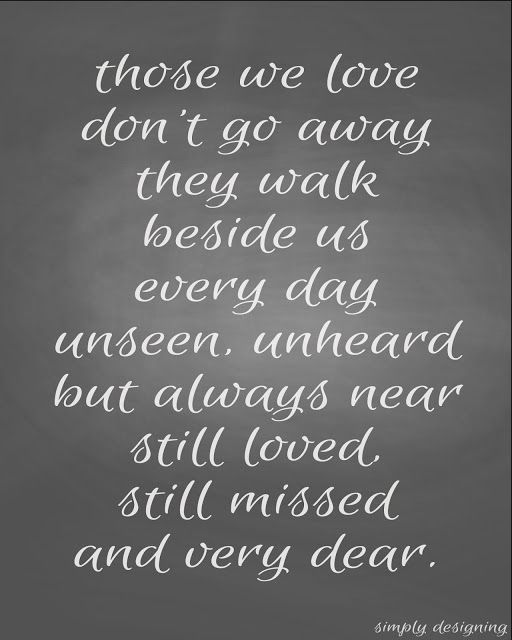